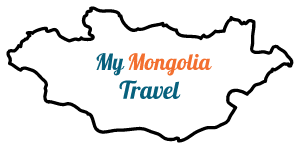 Mongolia is a landlocked country which is located in the south of Russia and north of China. The country has a total land area of 1,553,560 km2 and a population of more than 3.1 million people, which makes it the most sparsely populated nation in the world. Almost 45% of the current population lives in the capital city, while approximately 30% live as nomadic herders in the countryside. The rest of the community lives in provincial cities and smaller towns.

The nomads still live moving from one pastureland to another, searching for suitable graze land during for seasons. The most five conventional livestock are sheep, goats, cattle, horses, and camels. According to the latest count, the country has 4 million horses, 4 million cows, 0.4 million camels, 30 million sheep, and 27 million goats, and in total, almost 66 million livestock. Around three-fourths of Mongolia’s land area consists of pastureland and supports a large number of grazing livestock.

Geographically, Mongolia has a remarkable variety of scenery ranging from upland steppes, semideserts, and deserts to forests and high mountain ranges.
The country has elevated an average of 1,580 meters above sea level, which makes it one of the world’s highest countries. It has a harsh continental climate with long cold winters and short warm summer.

Mongolia has three cultural and two natural properties inscribed on the World Heritage List by the United Nations Educational, Scientific and Cultural Organization (UNESCO).
Cultural assets Burkhan Khaldun Mountain and its surrounding landscape were inscribed in 2015, Orkhon Valley cultural landscape in 2004, and Petroglyphic Complexes of the Mongolian Altai in 2011. The natural reserve of Dauria and the Uvs Nuur basin, respectively, inscribed.