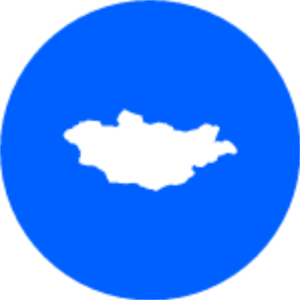 Khuvsgul Lake is one of the most visited tourist destinations in Mongolia. Its beautiful nature, unique lifestyle of nomads always attract foreign and domestic tourists.

Khuvsgul Lake is the largest freshwater lake and located in Kuvsgul province, the northern part of Mongolia.
The lake is originated about 7 million years ago, with a lake area of 2760 km, width 34-36 km, 136 km long and 262 m deep, at an altitude of 1645 m above sea level. The length of the coastline is 414 kilometers.
This lake is the second-largest in Asia in terms of freshwater resources, accounting for 1% of the world’s freshwater resources.

It is surrounded by majestic Khordol sarydag and Byan high mountain ranges and Lake Khuvsgul is in the depression basin of Darkhad, one of the coldest places in Mongolia.

There are four islands in Lake Khuvsgul: Modon khui, Khandan khui, Dalai khui, and Baga khui. The largest of them is Island of the Dalai khui, which is 126 meters high and 3 kilometers long, 2 kilometers wide and 5.8 kilometers wide, covered with dense forests.
The island of “Khadan khui” has high rocks and crowded with birds. The “Modon khui” has a beautiful nature and the coastal rock contains petroglyph of the Bronze Age.

When is the best time to travel?

Lake Khuvsgul starts freezing from the end of September and become completely frozen in the last half of November. Ice melts in May but there is sometimes still some ice in early June.

During the summer season, between June and September, most travelers visit to the Lake, where the temperature is between 10 and 25 degrees celsius. At the beginning of March every year, an ice festival is held on Lake Khuvsgul.

Things to do around lake

Places to stay around Khuvsgul Lake

How to get to the Khuvsgul Lake?